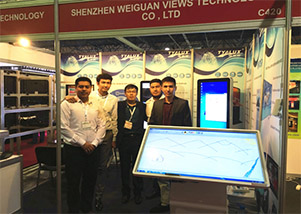 The Foreign Trade Department of Weiguan Views attended the Central Asia Reklam 2016 on May 21 in Atakent Exhibition Center, Almaty, which is the financial and education center in Kazakhstan and Central Asia. Tyalux LCD video wall, multimedia information display and all-in-one interactive touchscreen series of products of Weiguan Views are shown in the exhibition, which attracted great attention of the visitors and the exhibitors for its state-of-the-art technology and astonishing visual experience. A lot of potential customers, which shows great interests in our products, talked with our colleagues deeply, and some of the visitors placed orders for the digital signage or LCD video walls during the exhibition.

The exhibition is held from from May 24 to May 26, when the 27th International Winter Universities’ Games in Almaty and The World Expo in Astana are being prepared vigorously. Weiguan Views, as the leading enterprise in commercial display industry, won the interests of the two official organizing committees. Both the organizing committee of International Winter Universities’Games and the organizing committee of World Expo talked with Mr Hesong Chen, the Director of  Foreign Trade Department in Weiguan Views and discussed the details of the digital signage and LCD video walls. Finally, the cooperation program has been confirmed.

Weiguan Views, depending on its strategic mode of cooperation, the powerful product functions, and excellent service, wins the trust and confidence of the local customers. Meanwhile, the foreign trade department of Weiguan Views believes that our cooperation with the local customers and agents will be prosperous in the vast market prospect. In view of the emerging market, the staff  of Weiguan Views are encouraged greatly and they have more confidence in practicing its 5-year development plan in foreign market. We are looking forward to fulfilling the goal in Central Asia that where there is displays, there is Tyalux. 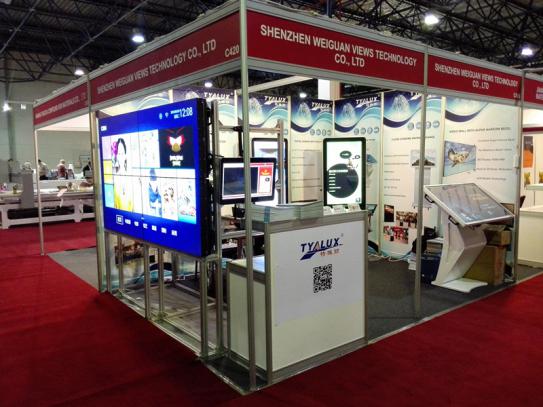 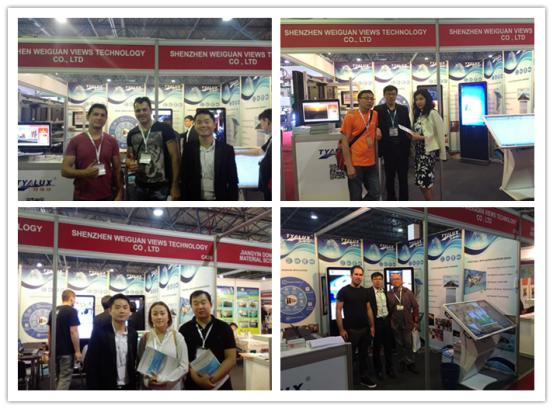